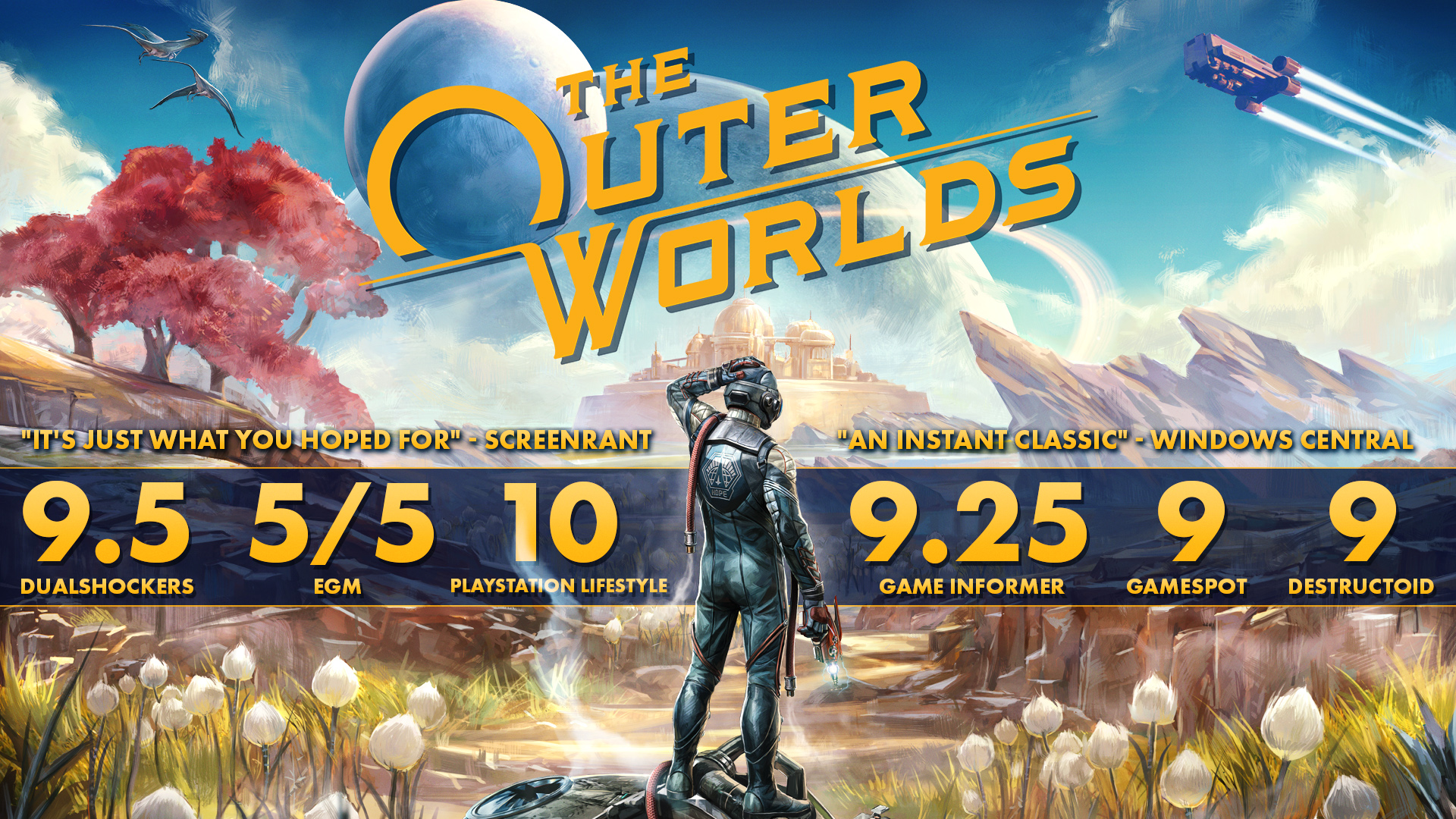 New York, NY – October 25, 2019 – Today, Private Division and Obsidian Entertainment are proud to announce that The Outer Worlds is now available across the Xbox One family of devices, including Xbox One X, PlayStation®4, PlayStation®4 Pro, and Windows PC*, and will be coming to Nintendo Switch in 2020. The Outer Worlds won the best original game at E3 2019 and is developed by co-game directors Tim Cain and Leonard Boyarsky, original creators of Fallout, who reunited for this thrilling new single-player RPG, and from the renowned team at Obsidian, developers of Fallout: New Vegas, Star Wars: Knights of the Old Republic II, South Park: The Stick of Truth, and the Pillars of Eternity franchise.

The Outer Worlds has already earned significant praise from critics:

“An excellent space Western adventure” – GameSpot, 9 out of 10

In The Outer Worlds, you awake from hibernation after drifting in space for seventy years on a lost colonist ship, the Hope. Here at the edge of the galaxy, corporations control all aspects of life in Halcyon, and they are hiding a dark secret that could destroy the colony. As you explore multiple, distinct locations in the game’s vibrant world, you will encounter various factions, and meet a host of multi-faceted characters who may offer assistance in your missions. But choose carefully, as the actions and choices you make will determine how this player-driven story unfolds. Your choices affect not only the game’s narrative, but your character progression, companion stories, and different endgame scenarios.

“When we set out to create a new RPG universe for players to explore, meaningful player choice was at the core of everything we wanted to build,” said Tim Cain, co-game director at Obsidian. “The Outer Worlds is our love letter to fans who want to role play as any character they’d like, whether it’s a hero, a villain, or even Leonard Boyarsky.”

In addition to fluidity in conversation, there are multiple ways to handle combat in The Outer Worlds. Players can augment their stealth skills and don a holographic disguise and slip unnoticed past watchful guards; enhance one’s engineering skills and take control of security systems to distract the enemy; or players can take a direct approach with head-on combat, and wield melee weapons, a host of firearms, or a variety of sci-fi weapons including the Shrink Ray, all to dominate the opposition.

“Player choice in The Outer Worlds extends beyond the decisions players will make narratively, it applies to how players approach the gameplay as well,” said Leonard Boyarsky, co-game director at Obsidian. “It was important for us to create an experience where players can not only enjoy shooting their way through the game with a bunch of crazy science weapons, but also have an equally enjoyable experience if they opt to avoid combat by focusing on dialogue or stealth. No matter what your play style, even if it’s ridiculous as how Tim Cain plays, there’s a great way to experience The Outer Worlds.”

Players will meet a variety of companions throughout the Halcyon colony, each of them with their own storyline and unique skills to aid the player in combat, and boost stats during conversations to unlock new dialogue options. These companions open new paths in a multitude of ways to play The Outer Worlds.

“With The Outer Worlds, Tim, Leonard, and the entire team at Obsidian Entertainment once again demonstrate why they’re among the best developers of roleplaying games in the industry,” said Michael Worosz, executive vice president and head of Private Division. “The fantastic narrative, dark humor, and engaging combat set in an all-new sci-fi universe dripping with character, combine in an excellent single-player RPG that players have been asking for.”

*The Outer Worlds is available digitally on Windows PC through the Epic Games Store and Microsoft Store for the first year, at which point it will come to additional digital PC retailers.

Obsidian Entertainment specializes in creating the world’s most beloved interactive role-playing games including Fallout: New Vegas, South Park: The Stick of Truth, Alpha Protocol, Star Wars: Knights of the Old Republic II: The Sith Lords, the Pillars of Eternity franchise, and the recently released The Outer Worlds. Founded by veterans of Black Isle Studios, with roots in Icewind Dale, Planescape: Torment, Fallout, and Fallout 2, Obsidian continues its commitment to deliver to fans and newcomers alike the most compelling RPGs its wildly creative developers can imagine as part of the Xbox Game Studios.

Private Division is a developer-focused publisher that empowers independent studios to develop the games that they are passionate about creating, while providing the support that they need to make their titles critically and commercially successful on a global scale. The label publishes the Kerbal Space Program franchise, Ancestors: The Humankind Odyssey from Panache Digital Games, and The Outer Worlds from Obsidian Entertainment, and will publish upcoming titles with renowned creative talent at studios including Disintegration from V1 Interactive, Kerbal Space Program 2 from Star Theory Games, and more. Private Division is headquartered in New York City with offices in Seattle, Las Vegas, and Munich. For more information, please visit www.privatedivision.com.

Headquartered in New York City, Take-Two Interactive Software, Inc. is a leading developer, publisher and marketer of interactive entertainment for consumers around the globe. We develop and publish products through our labels Rockstar Games, 2K, and Private Division, as well as Social Point, a leading developer of mobile games.  Our products are designed for console systems and personal computers, including smartphones and tablets, and are delivered through physical retail, digital download, online platforms and cloud streaming services.  The Company’s common stock is publicly traded on NASDAQ under the symbol TTWO.  For more corporate and product information please visit our website at http://www.take2games.com. 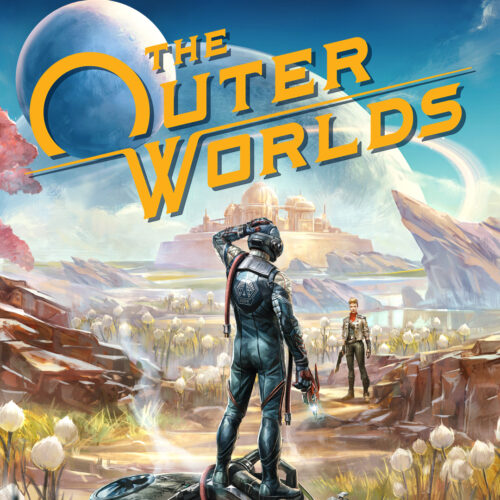 When can you play The Outer Worlds?