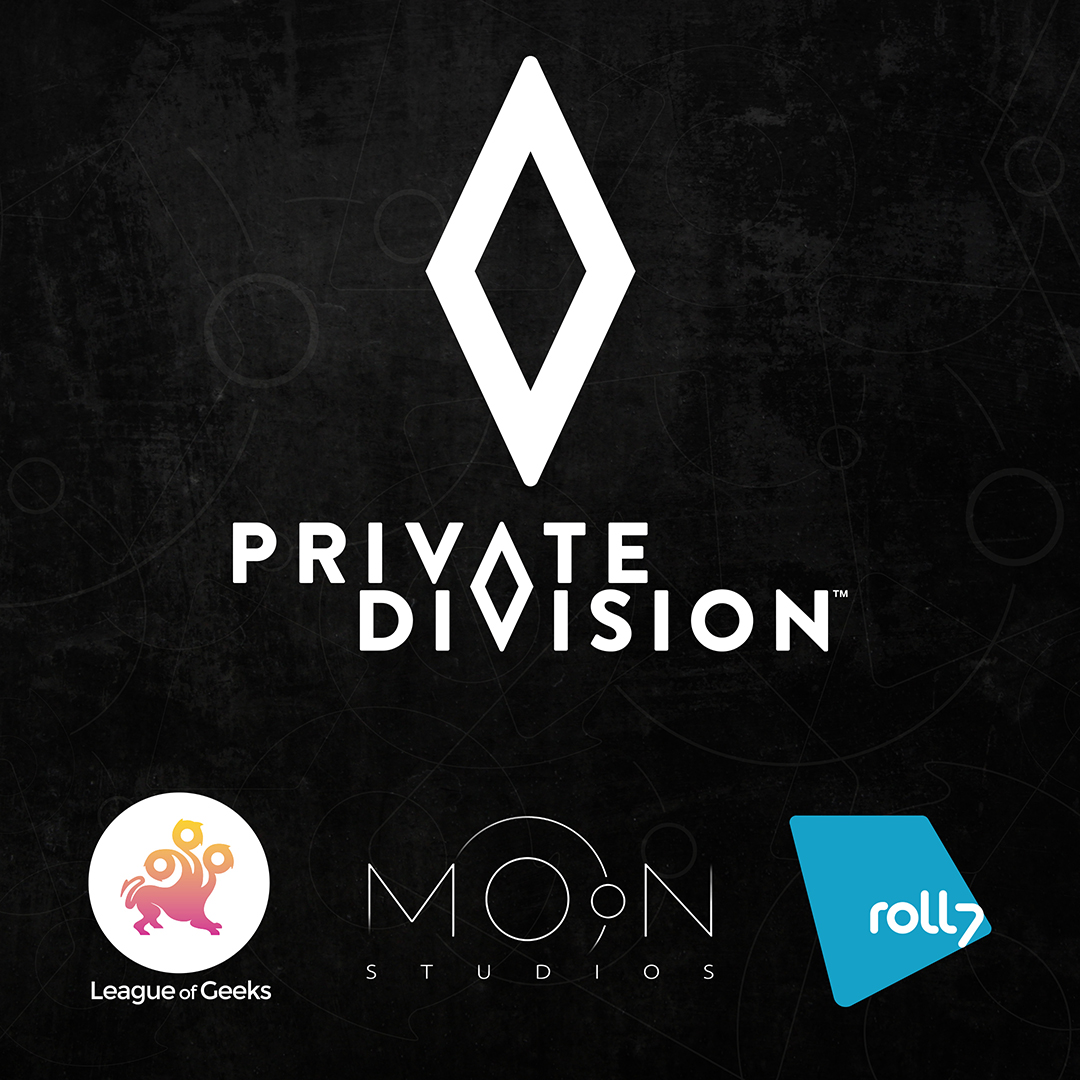 New York, NY – July 29, 2020 – Private Division, a publishing label of Take-Two Interactive Software, Inc., today announced that they have signed three new publishing agreements with top independent developers Moon Studios, League of Geeks, and Roll7. These partnerships will expand Private Division’s portfolio of titles that includes the Kerbal Space Program franchise, The Outer Worlds, Ancestors: The Humankind Odyssey, and Disintegration. Private Division empowers and supports the industry’s leading creative talent in bringing their visions to life and land to consumers around the world.

Moon Studios, founded in 2010 by Thomas Mahler and Gennadiy Korol, is a BAFTA award-winning studio best known for their work developing the critically acclaimed Ori and the Blind Forest and Ori and the Will of the Wisps. As a distributed development house, their team is spread throughout the world and is comprised of industry-leading talent from across the globe. In partnership with Private Division, Moon Studios is creating a compelling new action RPG.

“Developing the Ori series over the last decade has been a fantastic experience for our team, and we’re thrilled to now be aiming our sights even higher with a new action RPG,” said Thomas Mahler and Gennadiy Korol, co-founders of Moon Studios. “We attribute our success to the ‘iterative polish’ process we use at Moon Studios, and we’re continuing that style of development to create a new game that rises above anything we’ve created thus far.”

League of Geeks, founded in 2011 by Trent Kusters, Blake Mizzi, and Ty Carey, are the renowned developers of the seminal digital board game Armello. Located in Melbourne, League of Geeks is looking to expand upon the studio’s initial success with an ambitious, new video game and intellectual property in partnership with Private Division.

“It’s equally important for us to build games with heart that can rally and foster a dedicated community of players, as it is to develop games that are critical, cultural, and commercial successes,” said Blake Mizzi, co-founder and director at League of Geeks. “This partnership provides the opportunity for us to grow our studio alongside our ambitions to create something beyond anything we’ve developed before.”

Roll7 is a BAFTA and multi-award-winning independent studio founded in London in 2008 by Simon Bennett, John Ribbins, and Tom Hegarty. Roll7 created the OlliOlli series, NOT A HERO, and Laser League, and are working with Private Division on the next jump forward in their mission to create awesome, flow state games.

“Our titles resonate with players because we strive for super solid game feel, highly refined gameplay, and simple but highly masterable mechanics,” said John Ribbins, chief creative officer at Roll7. “We’re really excited to be working with Private Division on our next title and we can’t wait for players to get their hands on it. We’re raising the bar on our creativity and the scope of our ambition to make this next project our best thing yet.”

In collaboration with these developers, Private Division will announce more details about each specific project in the future. All three titles are currently in early development, and do not currently have set release dates. The first of these titles is not expected to launch until Take-Two’s fiscal year 2022.

Private Division is a developer-focused publisher that partners with the finest creative talent in the video game industry, empowering studios to develop the games that they are passionate about creating, while providing the support they need to make their titles critically and commercially successful on a global scale. The Label publishes the Kerbal Space Program franchise, Ancestors: The Humankind Odyssey from Panache Digital Games, The Outer Worlds from Obsidian Entertainment, and Disintegration from V1 Interactive. Private Division will publish new titles from Moon Studios, League of Geeks, and Roll7, with additional unannounced projects in development. Private Division is headquartered in New York City with offices in Seattle, Las Vegas, Munich, and Singapore. For more information, please visit www.privatedivision.com.

Moon Studios is an independent video game development studio, founded in 2010 by Thomas Mahler (former Cinematic Artist at Blizzard Entertainment) and Gennadiy Korol (former Senior Graphics Engineer at Animation Lab). The company mainly focuses on highly refined gameplay mechanics within its products and prides itself on an excessive ‘iterative polish’ process. Moon Studios is a distributed development house: All team members are spread throughout the world, allowing Moon to work with the best and most talented people in the games industry. Moon Studios created the critically acclaimed Ori and the Blind Forest and Ori and the Will of the Wisps and is currently developing a new, unannounced action RPG.

About League of Geeks

League of Geeks (you can call them LoG) is a “Triple-i” videogame development studio in Melbourne, Australia, most well-known for their seminal digital board game, Armello.

Torchbearers, trailblazers, tastemakers, rebels. This family of ambitious makers is united in their drive to endlessly evolve the craft and culture of videogames.

We are Roll7, we make games.

We like to define our work as “Flow State Gaming.”

Our mission is to develop titles so intuitive and refined, that all players reach that perfect equilibrium of focus and relaxation.

Whether that’s tricking and comboing through an OlliOlli street, rhythmically popping, sliding and shooting in NOT A HERO, or weaving through the hypnotic patterns of Laser League, we aim to guide players into a zone of Zen -like Focus.

It’s our combination of simple intuitive concept and complex, deep mechanics that have millions of players worldwide coming back over and over again.

Headquartered in New York City, Take-Two Interactive Software, Inc. is a leading developer, publisher and marketer of interactive entertainment for consumers around the globe. We develop and publish products through our labels Rockstar Games, 2K, and Private Division, as well as Social Point, a leading developer of mobile games.  Our products are designed for console systems and personal computers, including smartphones and tablets, and are delivered through physical retail, digital download, online platforms and cloud streaming services.  The Company’s common stock is publicly traded on NASDAQ under the symbol TTWO.  For more corporate and product information please visit our website at http://www.take2games.com. 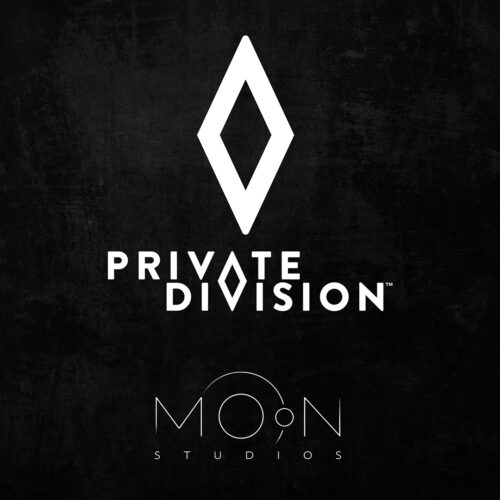 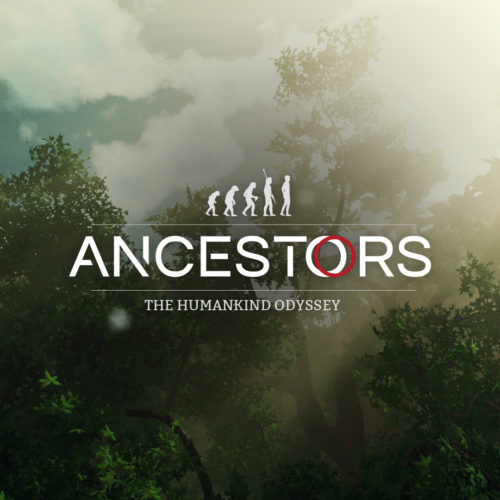