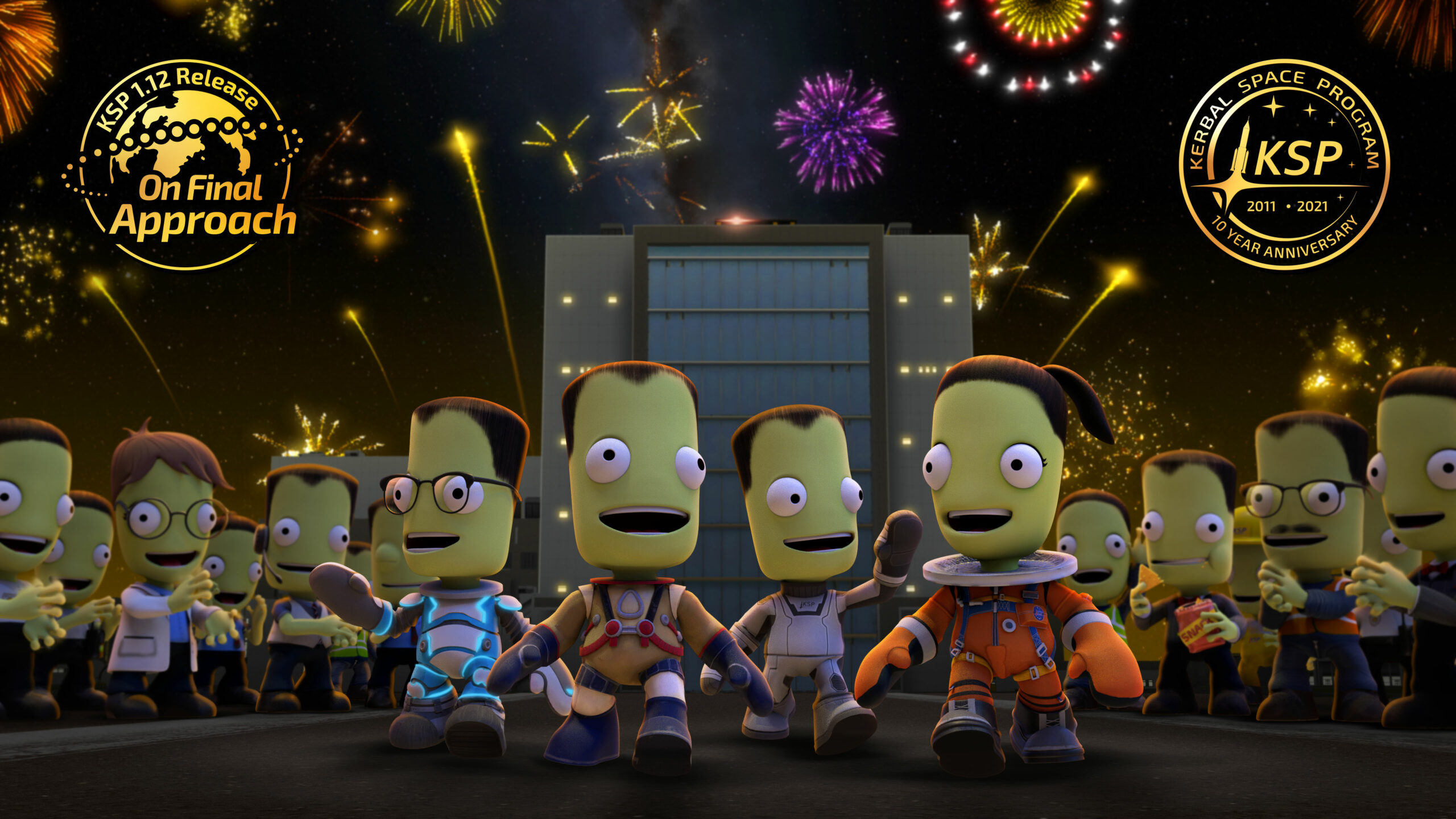 “Today marks the celebration of the 10th anniversary of the original release of Kerbal Space Program, and over the last decade the team has continued to iterate and grow this incredible space sim into what it is today,” said Grant Gertz, Franchise Producer at Private Division. “Kerbal Space Program Enhanced Edition on the latest generation of consoles marks yet another great milestone for the game, introducing new players to the franchise, as well as providing existing console players with an upgraded experience for free.”

In Kerbal Space Program, players take control of the development of the Kerbals’ space exploration program. Grounded in realistic aerodynamic and orbital physics, the game presents multiple challenges both in the assembly of functional spacecraft and the flight of these vehicles. Kerbal Space Program Enhanced Edition builds upon a strong foundation and incorporation of numerous content updates and improvements over the past decade with the franchise celebrating its 10th anniversary of the original game launch this week.

“It has been an amazing journey with Kerbal Space Program. We are so thankful to our community as we celebrate this monumental milestone of the game turning ten years old,” said Nestor Gomez, Head of Production at Squad. “Kerbal Space Program Enhanced Edition benefits from the advancements of new hardware, and we are excited to bring players a refreshed and refined experience with this release.”

Playing Kerbal Space Program Enhanced Edition on PlayStation 5 and Xbox Series X results in a technical boost, with the action running at Quad high definition 1440p and an improved framerate over previous console versions. Xbox Series S runs Kerbal Space Program at 1080p and also boasts better framerate. The additional system memory on these consoles results in a more stable game experience and allows for an increase of part count on player’s  crafts and contraptions. This release benefits from upgraded shaders and textures allowing for more stunning overall visual impressions for players. Kerbal Space Program Enhanced Edition for PlayStation 5 and Xbox Series X|S is the most advanced version of KSP on consoles to date and is a great primer for players looking to prepare for the launch of Kerbal Space Program 2 next year, during Take-Two’s fiscal year 2023.

In Kerbal Space Program, you take charge of the space program for the alien race known as the Kerbals. You have access to an array of parts to assemble a fully functional spacecraft that flies (or doesn’t) based on realistic aerodynamic and orbital physics. Launch your Kerbal crew into orbit and beyond (while keeping them alive) to explore moons and planets in the Kerbol solar system, constructing bases and space stations to expand the reach of your expedition.

Kerbal Space Program features three gameplay modes. In Science Mode, perform space experiments to unlock new technology and advance the knowledge of Kerbalkind. In Career Mode, also oversee every aspect of the space program, including construction, strategy, funding, upgrades, and more. In Sandbox, build any spacecraft you can think of, with all parts and technology in the game.

The original Kerbal Space Program, created and with on-going development by Squad, released on PC in early beta in 2011, then official 1.0 release in April 2015* and has sold more than 5 million units worldwide. The title has been widely popular with the media and consumers alike, earning a Metacritic rating of 88** and a Steam user score of 94%***. Kerbal Space Program 2 is the sequel to the original game and the second in the series for the franchise. It is being developed by Intercept Games.

*Game first available in 2011, then became available through Steam Early Access in March 2013, and launched in April 2015.

Based in Mexico City, Squad are the developers of the critically acclaimed space simulation game, Kerbal Space Program. Comprised of an international team of talented, passionate, and ambitious individuals that love video games, space, and science, they have reinvented themselves into full-time video game development.

Intercept Games is the developer behind Kerbal Space Program 2, the highly anticipated sequel to 2011’s critically acclaimed space simulation game Kerbal Space Program. Comprised of a talented team, having shipped a multitude of titles across a variety of platforms, the team’s mission is to create incredible games that not only players will love but also reflect the deep values and commitment to excellence at Intercept Games. The studio aims to continue to provide unique games that not only entertain but can also inspire and make an impact for good.

Based in Barcelona and founded in 2012, BlitWorks is a porting and digital publishing studio notorious for the outstanding quality of its ports. Recent works include the conversion of acclaimed games such as Sonic CD, Jet Set Radio, FEZ, Spelunky, Bastion and Don’t Starve to all brands of consoles and mobile platforms. For more information and updates about BlitWorks please visit www.blitworks.com and follow http://www.twitter.com/blitworks.

Private Division is a developer-focused publisher that partners with the finest creative talent in the video game industry, empowering studios to develop the games that they are passionate about creating, while providing the support they need to make their titles critically and commercially successful on a global scale. The Label publishes the Kerbal Space Program franchise, OlliOlli World from Roll7, The Outer Worlds from Obsidian Entertainment, Ancestors: The Humankind Odyssey from Panache Digital Games, and more. Private Division also publishes the retail version of Hades from Supergiant Games for PlayStation and Xbox consoles. Private Division will publish new titles from Moon Studios and additional unannounced projects in development. Private Division is headquartered in New York City with offices in Seattle, Las Vegas, Munich, and Singapore. For more information, please visit www.privatedivision.com.

Headquartered in New York City, Take-Two Interactive Software, Inc. is a leading developer, publisher, and marketer of interactive entertainment for consumers around the globe.  We develop and publish products principally through Rockstar Games, 2K, Private Division, Social Point, Playdots, and Nordeus.  Our products are designed for console systems and personal computers, including smartphones and tablets, and are delivered through physical retail, digital download, online platforms, and cloud streaming services.  The Company’s common stock is publicly traded on NASDAQ under the symbol TTWO.  For more corporate and product information please visit our website at http://www.take2games.com.

The statements contained herein which are not historical facts are considered forward-looking statements under federal securities laws and may be identified by words such as “anticipates,” “believes,” “estimates,” “expects,” “intends,” “plans,” “potential,” “predicts,” “projects,” “seeks,” “should,” “will,” or words of similar meaning and include, but are not limited to, statements regarding the outlook for the Company’s future business and financial performance. Such forward-looking statements are based on the current beliefs of our management as well as assumptions made by and information currently available to them, which are subject to inherent uncertainties, risks and changes in circumstances that are difficult to predict. Actual outcomes and results may vary materially from these forward-looking statements based on a variety of risks and uncertainties including: the uncertainty of the impact of the COVID-19 pandemic and measures taken in response thereto; the effect that measures taken to mitigate the COVID-19 pandemic have on our operations, including our ability to timely deliver our titles and other products, and on the operations of our counterparties, including retailers and distributors; the effects of the COVID-19 pandemic on both consumer demand and the discretionary spending patterns of our customers as the situation with the pandemic continues to evolve; our ability to successfully integrate Nordeus’ operations and employees; the risks of conducting business internationally; the impact of reductions in interest rates by the Federal Reserve and other central banks, including on our short-term investment portfolio; the impact of potential inflation; volatility in foreign currency exchange rates; our dependence on key management and product development personnel; our dependence on our NBA 2K and Grand Theft Auto products and our ability to develop other hit titles; our ability to leverage opportunities on PlayStation®5 and Xbox Series X|S; the timely release and significant market acceptance of our games; the ability to maintain acceptable pricing levels on our games; and risks associated with international operations.

Other important factors and information are contained in the Company’s most recent Annual Report on Form 10-K, including the risks summarized in the section entitled “Risk Factors,” the Company’s most recent Quarterly Report on Form 10-Q, and the Company’s other periodic filings with the SEC, which can be accessed at www.take2games.com. All forward-looking statements are qualified by these cautionary statements and apply only as of the date they are made. The Company undertakes no obligation to update any forward-looking statement, whether as a result of new information, future events or otherwise. 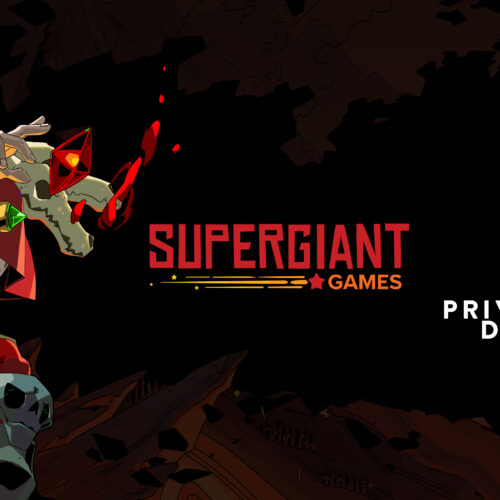 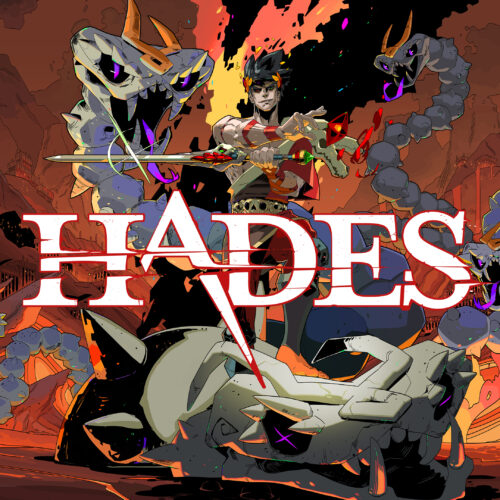